This is Not a Movie Review 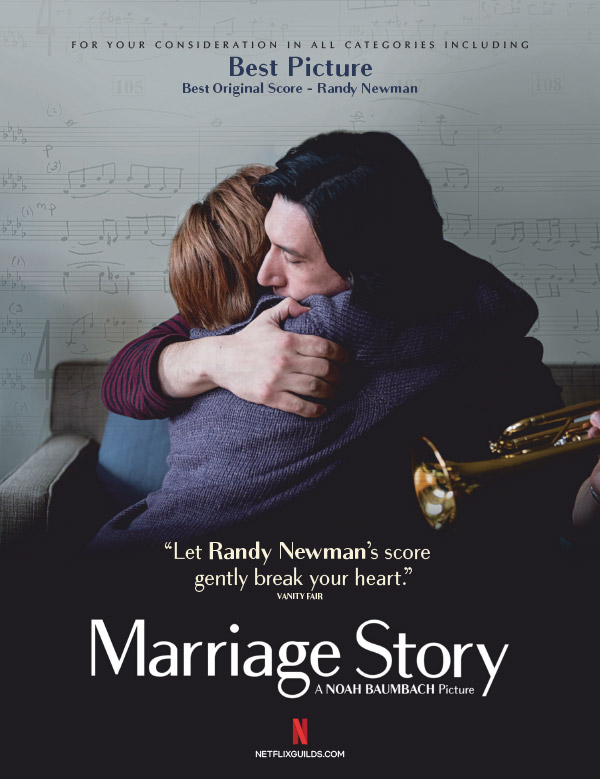 05 Feb This is Not a Movie Review

In recent weeks, many people have asked if I have seen Marriage Story and, if so, what I thought of it.  They are clearly not asking for my analysis as a movie critic, but as someone who works with people going through divorce.  I have a lot of thoughts and feelings about the movie – most easily summarized as, “it’s a cautionary tale.”

There were many things about Marriage Story that struck me as realistic and typical to the divorce experience.  For one, Charlie and Nicole are both angry, disappointed and hurt. And yet they also still care about each other.  That is very common in what I see.  Anyone getting a divorce had strong enough positive feelings about the other person to marry them, and in many cases, have children with them.  Even if the negative feelings have come to outweigh the positive feelings, leading to the decision to divorce, there are generally some positive feelings still there deep down.  I’m glad the movie showed the complexity and contradiction of these feelings.

Prior to becoming a mediator, my background was primarily in corporate law, not litigation.  I had experiencing negotiating in corporate matters and wanted to bring that experience to family matters.  I knew I did not want to litigate, but I did do some work for a family litigator when I first started because I wanted to really see what the litigation experience was like.  As it happens, I worked on a relocation case — what we call it when one parent wants to move away from where the other parent is living – that actually went to trial.  What I saw in the courtroom was very similar to what happened in the courtroom scene in Marriage Story.  Each side tells unflattering stories about the other parent in order to convince the judge that they are the better parent.  In the movie, we heard how Charlie didn’t properly install the car seat, and how Nicole once lost her balance after drinking too much wine.  In the case I worked on, there were stories about dad forgetting to put sunblock on a child resulting in bad sunburn, and mom allowing the child to eat unhealthy food at a fast food restaurant.  All are examples of things that happen with good parents – and in the movie they are both clearly good parents – and yet these examples get blown out of proportion in litigation and are presented as definitive judgments of bad parenting.

There are several references in Marriage Story to the high cost of litigation – i.e. Nicole taking out a second mortgage to pay the legal fees. This is certainly true – litigation is very expensive.  It is unfortunate when people have to spend a lot of money to litigate, but it is sometimes necessary, and the example in the movie is a fair one since relocation is probably the most difficult issue to resolve in a divorce – whether in mediation or litigation.  Unless both parents are amenable to being geographically far from each other, it is often an issue that needs to be litigated since it inevitably means that children will not have regular contact with each parent.  It may be school year with one parent, and holidays and summer with the other, but day-to-day contact with both parents is not possible.  And you can’t just choose a location in the middle as a compromise.

One part of Marriage Story that felt disappointing to me was the very brief scene involving mediation at the beginning of the movie. The mediator wants each person to say what they appreciate about the other person.  I don’t generally start a mediation that way, but it would be a fine way to begin if both people were willing. In the movie, Nicole is not willing to participate, and the mediator seems to demand her cooperation which leads her to abandon the session and the mediation process altogether.  The movie seemed to diminish mediation to a process where you have to be overly nice and touchy-feely for it to work.

That is not my experience or my approach.  I don’t have people start by saying nice things about the other, because I know it may be very difficult to do at that moment.  Instead, I start by asking people why they want to mediate, and how they think it will be to sit together and have difficult discussions.  Often, this brings out something positive from each person – for example, we may be getting a divorce but we aren’t enemies, or we want to protect the children from negative consequences of a bitter divorce. That is a good place to start, and doesn’t put people in the awkward position of having to say touchy-feely positive things about the person they currently feel angry at.

I felt there was a lost opportunity to see if mediation or a collaborative process could have worked for this family.  As mentioned above, relocation is a very difficult issue, and there were clearly years of resentment built up between Charlie and Nicole, so maybe mediation or collaboration would not have worked.  But they didn’t give it much of a chance.  There are some red flags that would suggest mediation is not the right process — for example, if someone is hiding assets or if someone is abusive. But that didn’t seem the case with these people.  They both seemed like good people who cared about their son and even cared about each other.  I wonder if they could have worked out a settlement they were both satisfied with at a much lower cost and with less acrimony.

I guess that’s the “cautionary” part of it.  The process you choose for a divorce will have a significant impact on the experience you have getting through it.  Any chance of a remake that shows what would have happened in mediation instead of litigation? Probably not enough drama for a movie.